Working & Helping the People of Ecuador

Hola todos! Gracias por leer estos correos que les envío y todo, espero que todo les van bien y para que sepan, están en mis oraciones siempre. Gracias a todos ustedes!!! Estoy bien feliz porque es posible que oh wait this was completely accidental... Sorry, It's a bit hard talking Spanish ALL the time and then switching to English. But as I was saying, it's very probable that we're going to see two marriages soon!!!
We're very excited about it! The G...y family are gearing up to get baptised, but won't be able to do it until their married! You got to follow the commandments before you get to baptism, because it shows God that you've fully repented, and if you're a serious couple without marriage, well you're breaking commandment number seven.
But I'm happy to say that both the G...y family and the RV family are both making plans to follow through!!! We're going to be having the wedding for the G...ys on the 18th, and for the RV family on the 15th or 16th!!! I want to try making the cake toppers for them all!!! Angelo is going to have to wait to be baptised. He just has all the odds against him, his friends drink in front of his house, so the temptation id too great. But we're going to keep on helping him and trying! We're working with a girl named Genesis, but she's got some family stuff going on. We'll see where we go with her. Annnnnnnnd YAY!!!! I get to talk to my awesome family and beautiful mom on Mother's Day!!!!!!!!!! This Sunday!!!! Woo hooo!!! And that's a little run down of this week, I'll talk to you all next monday! Love you and pray for you all always!!!!!! Hermana Johnson
Posted by Matin Team at 12:58 PM

Avalon exploring the fields of Ecuador 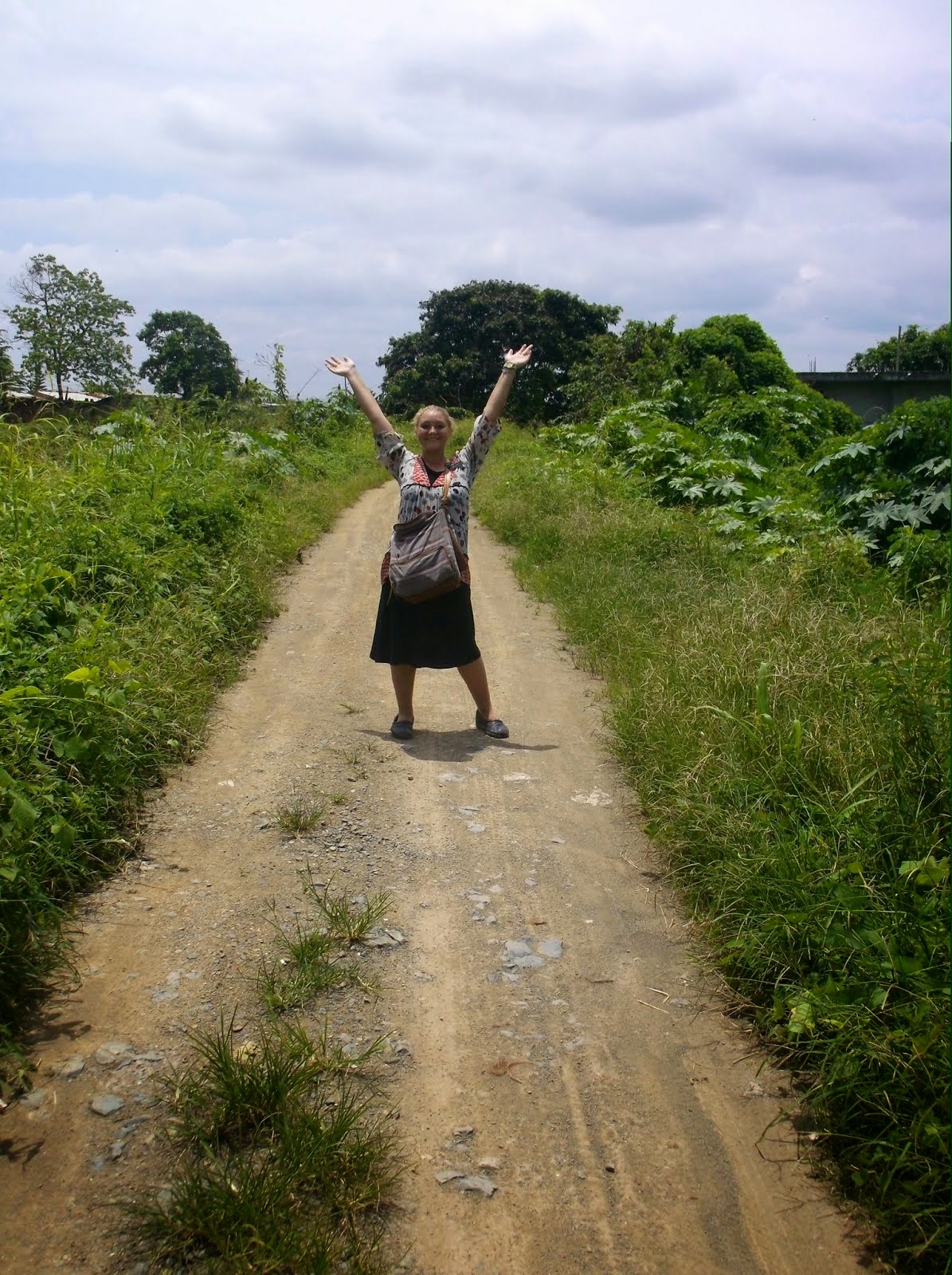